It wasn’t until he told me that I made the connection. I’m not sure whether I should tell you though. Whether it changes the experience of seeing too much. Knowing that many images are abstracted from photographs. From thumbnails of Tracey Emin taken from the BBC news website. From a photograph of his girlfriend, laughing with another friend. If he hadn’t told me, and I wouldn’t have told you, I’d wager you’d never have guessed.

But maybe that’s the magic of Trevor Kiernander. His paintings are so much more than what first appears, when what first appears is a painter unafraid of empty space. Kiernander himself describes his works as “minimal abstract landscapes”, which is especially fascinating considering his hungry appropriation of images of all kinds. The visuals which often inspire his paintings, are just that, he tells me: visuals. He might see a colour combination that strikes him as just right, or a particular angle of line he’s interested in experimenting with. But even those paintings which have been directly inspired by a photograph of a person are conceived of as landscape paintings.

Unlike many of his contemporaries,
Kiernander is an artist for whom
narrative holds little interest.

Unlike many of his contemporaries, Kiernander is an artist for whom narrative holds little interest. “I’m interested in the tension,” he says, “in how I can control the relationship between the paint and the surface.” This abiding interest in the interaction between the paint and the canvas also explains the seemingly empty space. Instead of priming his canvases with the more common treatment of gesso, Kiernander opts for rabbit-skin glue which acts to soften the colour palette and anchor the paint to follow. “I don’t use gesso,” Kiernander explains, “because as soon as you put a coat down, that’s your first statement as a painter: a big white square.”

Paint for Kiernander is everything: a medium, as well as a material. It’s something he drips, swipes, splatters, splodges, and brushes, but also something he cuts out from one canvas to attach to another. The marks of the maker are equally important. Regularly masking out sections to create geometric shapes or straight lines, Kiernander often repurposes sections of tape – many covered in splashes of paint – as another material for the canvas. Such techniques are indicative not only of a mind able to see treasure where others see trash, but also, in the final workings, of a painter unafraid to push the qualities and capacities of paint in new directions.

Of course, all of this would be for naught were the paintings themselves visually unappealing. But Kiernander has a knack for pulling back at precisely the right moment, allowing each canvas to breath, to enjoy the space it’s been given. Indeed, the artist’s experimental nature means that some paintings feel more like works-in-progress, rather than a finished piece. In most cases, though, it is in the sparser compositions that the paint really sings. It’s when he has the confidence to make bold marks and walk away that Kiernader’s talent – for colour, form, composition and imagination – is at its most beautifully evident.

From 5th-8th December, Trevor will have a selection of prints available at ArtLacuna’s pop-up print shop.

Crystal is a writer, curator, editor, artist, publisher, maker, researcher, classicist, poet, copywriter, cook, wannabe dramatist, etc etc etc. She is Poetry Editor of The Learned Pig; Contributing Editor of Icon Magazine; Co-editor of Pages Of (a printed triannual culture + urbanism magazine); and 1/4 of the London-based centre for food research and experimentation, The London Research Kitchen. She has a PhD from King’s College London in Latin Literature – specifically the Latin poet, Lucan – and its reception in 18th-century France. 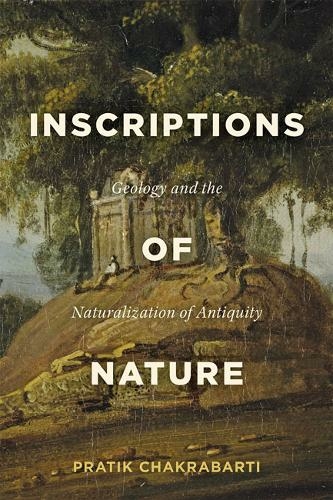